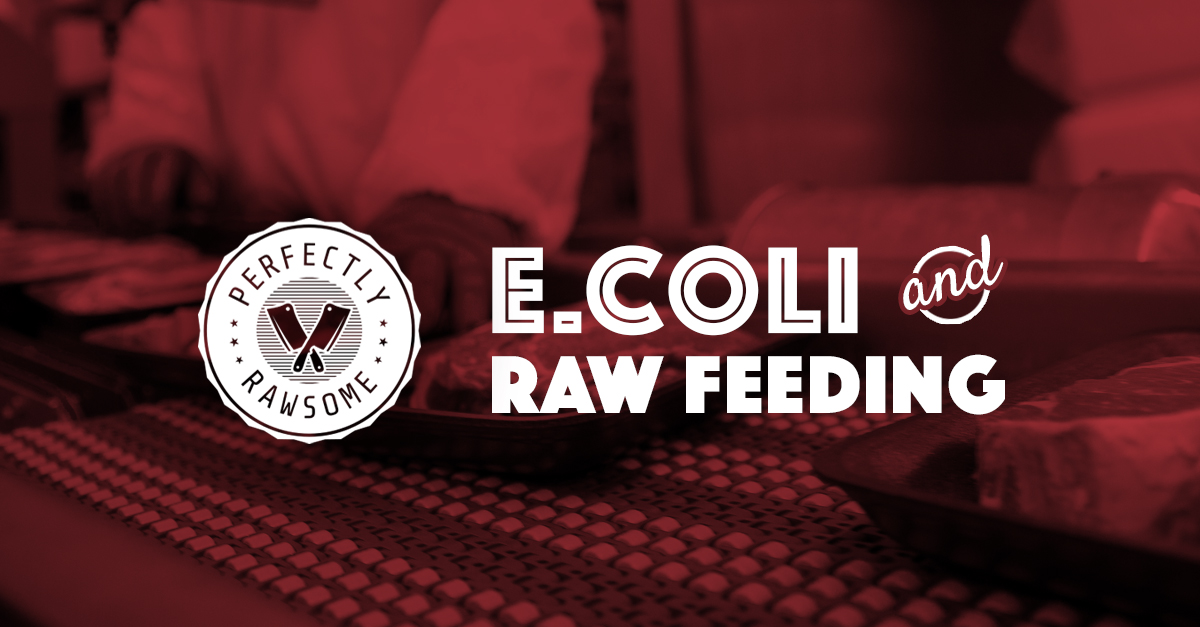 Will my pet get sick from harmful E. coli bacteria? The most common objection to raw feeding from pet parents and veterinarians is the concern that they or their pet might get sick from harmful pathogens. There are many varieties of E. coli. Many are harmless and are naturally present in pets while specific strains can cause illness in immunocompromised animals.

Escherichia coli (E. coli) is a bacteria found in the environment, foods, and the intestines of humans and animals according to the Center for Disease Control and Prevention (CDC). Most strains of E. coli are harmless. However, some strains can cause extreme sickness in both humans and animals.

The CDC estimates STEC infection causes 265,000 illnesses, 3,600 hospitalizations, and 30 deaths in the United States every year. A person can be exposed to STEC infection by ingesting contaminated food or water, or by contact with an infected person or animal.

Symptoms of STEC infection include:

Pathogenic bacteria are the bacteria that can cause diseases. These bacteria produce different effects within humans and animals. These “bad” bacteria attack host cells within the organism and produce various symptoms.

Pathogenic E. coli strains are referred to as Shiga toxin-producing E. coli (STEC). Shiga toxins have the potential to cause disease in animals. Approximately 200 serotypes of E. coli produce Shiga toxin and more than 100 of those serotypes have been linked to disease. Pathogenic bacteria can be prevented with sterilization, disinfectants, and cooking food to temperatures above 73 °C (163 °F).

Healthy dogs and cats have the necessary tools when consuming raw meat to withstand STEC infection. However, if a pet has a compromised immune system then it is possible they could contract a STEC infection.

Newborn puppies and kittens can be more susceptible to an E. coli infection due to poor health and nutritional status of the bitch (a female, pregnant, and lactating dog) and queen (a female, pregnant, and lactating cat), lack of colostrum after birth, and an unclean birthing environment. These risk factors are easily minimized by ensuring the optimal health of the bitch and queen during pregnancy, birth, and nursing. As well as maintaining a clean birthing and living environment.

An adult dog or cat with a weak immune system is susceptible to E. coli. Infection can be contracted through contaminated water, food, living environment, or contact with another infected animal. These risk factors are easily minimized by reducing exposure to contaminated animals, maintaining a clean living environment, and using safe food handling methods to reduce cross-contamination.

These two variables are dependent on one another. Young puppies and kittens do not have a fully developed immune system. Immune function may also decline with old age. Therefore, careful consideration should be taken for very young and elderly pets. However, the chances of infection are small when a healthy immune and digestive system is maintained.

E. coli infections are the result of cross-contamination of food or coming into contact with an infected host.

The environmental conditions and butchering methods at meat processors play a major role in E. coli contamination. When livestock and poultry are butchered, the contents of the intestines can spread bacteria if inappropriate handling methods are used. Always purchase and feed meat from a reputable source.

Bodies of water can become contaminated with E. coli in areas with exposure to human or animal waste. Always provide fresh, clean water for hydration and avoid contact with unknown bodies of water with a high risk of contamination.

Much like Salmonella, it is just as essential to practice common sense and good hygiene in regards to other bacteria like E. Coli. For those who are concerned that they or their family members could become ill from any food borne illness when raw feeding, an additional question should be asked in response:

“Do you prepare raw meat to cook for yourself and your family?”

The answer is usually “Yes” unless the person is a vegetarian or vegan. The same safe food handling practices that are used when preparing raw meat for human meals should be followed when raw feeding. According to FoodSafety.gov and the CDC, there are four methods of food safety when cooking in the home – clean, separate, cook, and, chill. It is also worth noting that even humans consume some raw meats such as sushi, tartare and carpaccio.

Pets are carriers of bacteria regardless of the diet they are fed due to their tendency to consume feces, similar items and groom private areas. Setting limitations on allowing the pet to lick family members should be considered if contamination is a significant concern for children or immune-compromised individuals. However, recent data shows there is a Low Number of Owner-Reported Suspected Transmission of Foodborne Pathogens From Raw Meat-Based Diets Fed to Dogs and Cats.

This article will focus on clean, separate, and chill in relation to food safety and handling when feeding pets a raw diet.

Maintaining a clean and tidy space is step number one in preventing cross-contamination and foodborne illnesses. Wash and clean hands, knives and surfaces that have been in contact with raw meats.

A small section of the chill recommendations from FoodSafety.gov applies to raw feeding. The guidelines can be adjusted to storing raw pet food. Store raw muscle meat, bones, and organs in the refrigerator or freezer to prevent spoilage. Always dispose of any raw product if it has spoiled.

Dogs and cats will be a host of many bacteria regardless of the diet they consume.

“But there have been recalls on raw dog and cat food due to bacteria!”

That is correct. However, those recalls have primarily been for the safety of the humans handling the food. The concern is for the human, not the dog or cat. The food safety protocols for raw meat discussed previously should still be applied to commercial raw pet food. It is also important to note that recalls for E. Coli have occurred with dry and canned pet food as well. With this in mind, sanitary practices should be applied to all pet food whether it is raw or not.

A dog’s and cat’s digestive system has a unique way of preventing and fighting against pathogenic bacteria such as E. Coli – the stomach’s pH level. Pet parents often observe this at work when their pet remains healthy regardless of the pet’s dietary indiscretions, such as consuming feces or rotten carcasses.

This isn’t to say that it is impossible for a dog or cat to become sick from pathogenic E. Coli. However, healthy dogs and cats should have the necessary tools to prevent infection. If a dog or cat has a compromised immune system it is possible they could contract E. Coli. The chances are small and E. Coli infection is rare when a healthy gut flora is maintained.

Supporting the digestive system and gut flora helps to promote healthy immune function. An estimated 70% to 80% of immune cells are located in the digestive tract. Beneficial bacteria found within the colon is an additional protective measure against ingested pathogens. A balanced diet of raw, fresh foods is a major component to building and supporting a healthy intestinal microbiome.

Probiotics also support the colonization of healthy bacteria in the colon and help fight against pathogenic E. Coli. Probiotics can be provided in a few different ways. This includes feeding fermented vegetables, kefir, or commercial probiotic supplements.

Fiber is another key factor in promoting a healthy digestive system. Fiber resists enzymatic digestion in the small intestine and is fermented in the colon by beneficial bacteria. Short-Chain Fatty Acids (SCFAs) are produced as a byproduct of fiber fermentation and provide the colon wall with energy. Fiber is easily available in green leafy vegetables, berries, and fur/feathers from whole prey.

E. coli is a common bacteria in pet and human lives. Dogs, cats, and humans alike naturally carry E. coli bacteria. Regardless of whether pets are fed a processed diet or fresh food diet, dogs and cats naturally groom their genitals and anus which is the main source of E. coli bacteria. 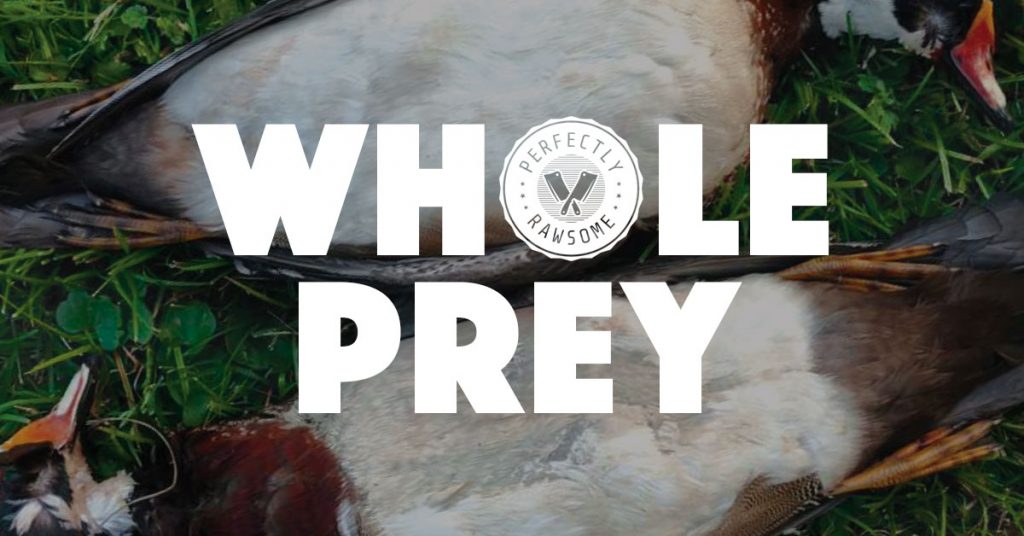 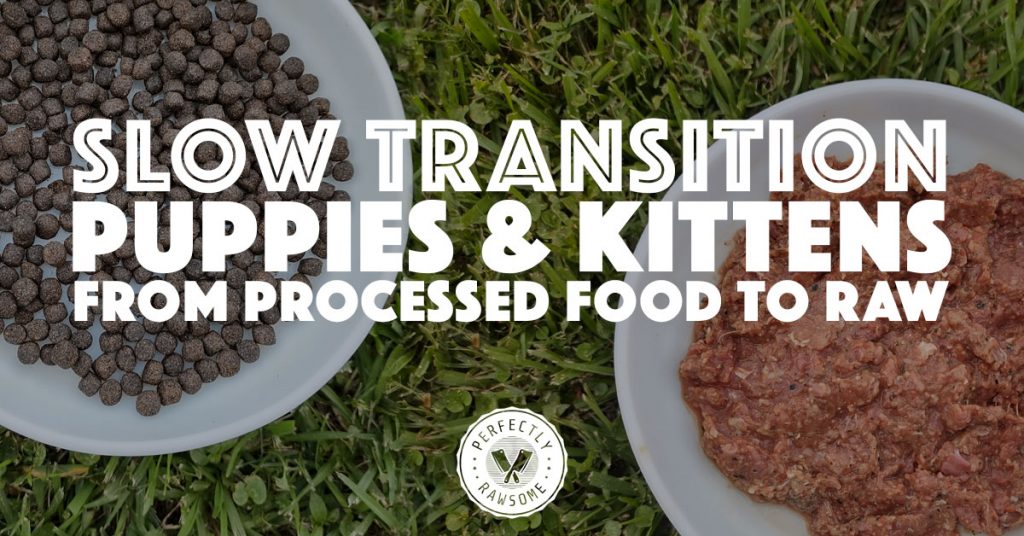