One common misconception raw feeders hear from non-raw feeders is the concern that raw food will cause the family and pet to become sick. What those people are really concerned about is cross-contamination by harmful bacteria. This is a valid concern, but the truth is as long as pet parents are sanitizing and properly storing their pet’s raw food, there should be no concern for cross-contamination of foodborne pathogens such as Salmonella, E. coli, and Listeria.

Raw pet food does come with an increased risk of exposing the pet parent, pet, and family to harmful bacteria. In order to minimize cross-contamination, there are 5 important tips all pet parents must follow. To reduce the risk of foodborne illness from Salmonella, E.coli, and other harmful pathogens, all pet parents should:

Only wash produce and do not wash raw meat.

Do not thaw raw pet food in water or the microwave.

Standard food safety and food handling is required when feeding dogs and cats raw. Maintaining clean hygiene and proper storage methods prevents contamination from pet raw food onto human food which is one of the most common concerns from others.

Raw meat, poultry, seafood, and eggs can carry pathogens and should be kept separate from other foods. As a preventive measure against cross-contamination, it is best to prepare and store raw pet food separately from human-grade food. The Centers for Disease Control and Prevention (CDC) recommends using separate cutting boards and storing these items separate in the fridge.

Contrary to popular belief, raw meat should not be washed under water because it increases the spread of bacteria and increases the risk of cross-contamination. However, raw diets that include raw vegetables and fruits should be washed to remove any unwanted residue on the ingredients.

Rinsing vegetables and fruits under running water is the most common method, but acidic soaking solutions prove to be more effective than rinsing alone. Soaking raw vegetables and fruits for 20 minutes in a 10% salt water solution increases the efficiency of removing pesticides from fresh produce.

Some dogs and cats have been observed caching raw food and returning to consume the food at a later date. This puts the raw food in the temperature danger zone for an extended period of time outside of the CDC’s recommendation for refrigerating food for human consumption. Although it is not recommended to allow dogs and cats to engage in caching raw food, specifically in a home environment, because it increases the risks of cross-contamination and pets becoming sick from pathogens.

Freeze raw meat and poultry products until ready for use. Methods to thaw raw food for pet consumption varies slightly in comparison to methods for human consumption. Frozen food can be thawed by being placed in the refrigerator, which is the most common and recommended method for pet and human consumption.

Dogs and cats are equipped to handle higher bacteria loads than humans. In contrast to methods used to thaw food for human consumption, pet food can be thawed in a bowl on the countertop. However, it is not recommended to thaw raw pet food in water because the nutrients will leach into the surrounding water if the container or bag has holes. Lastly, do not microwave raw food for pet consumption as this will begin cooking the food.

Maintaining a clean and tidy prep space is a major component in preventing cross-contamination. Always thoroughly sanitize after prepping food for pets and after they have finished eating.

If the pet does not eat all of their raw food, pick up and store the leftovers in the refrigerator to feed at the next meal. Do not leave raw food unattended and discard the food if it has spoiled.

Disinfect countertops and all surfaces raw food has touched with hot, soapy water, or place in a dishwasher on the sanitize setting.

Wash cutting boards, feeding bowls, and utensils such as knives with hot, soapy water, or place in a dishwasher on the sanitize setting.

One of the most effective ways to prevent the spread of illness-causing bacteria is for people to wash their hands! The CDC recommends people wash their hands for at least 20 seconds with soap and warm water. Pet parents should wash their hands after handling raw pet food, cleaning the prep area, and picking up the pet’s stool.

Dogs with long beards that trap excess liquid should be wiped after eating to prevent the spread of bacteria. Additionally, dogs and cats who consume raw food eliminate pathogens in their feces increasing exposure to humans. Always pick up stool, safely dispose, and wash up immediately. 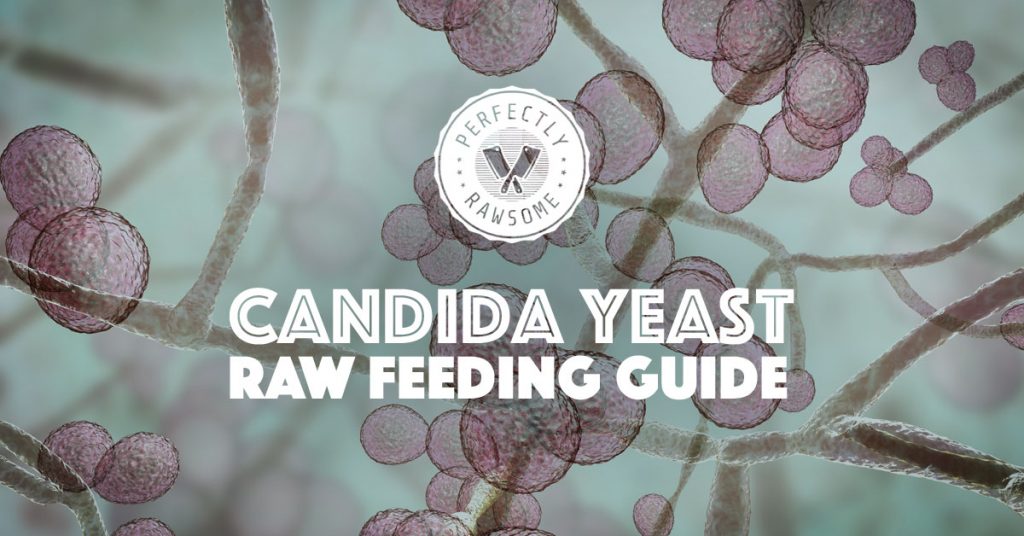 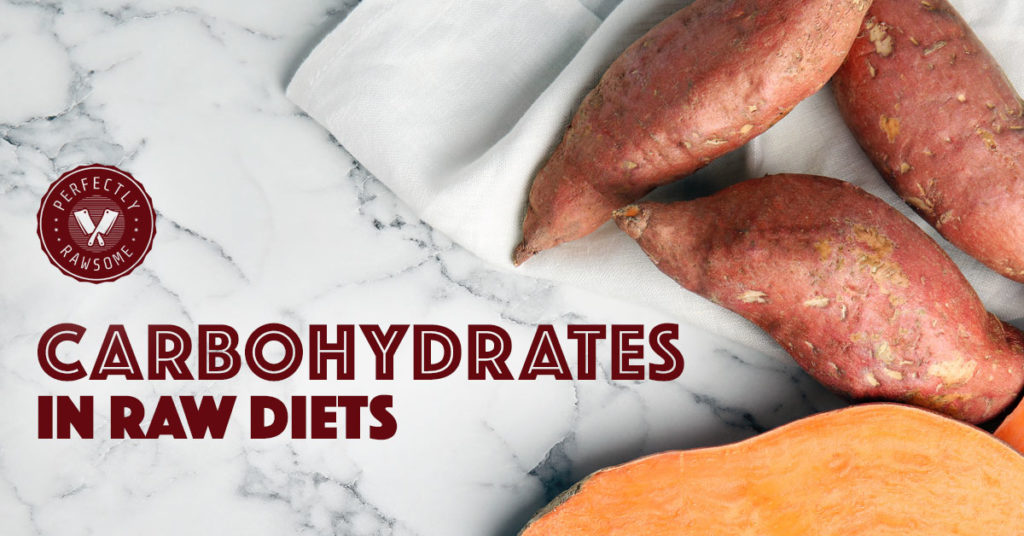 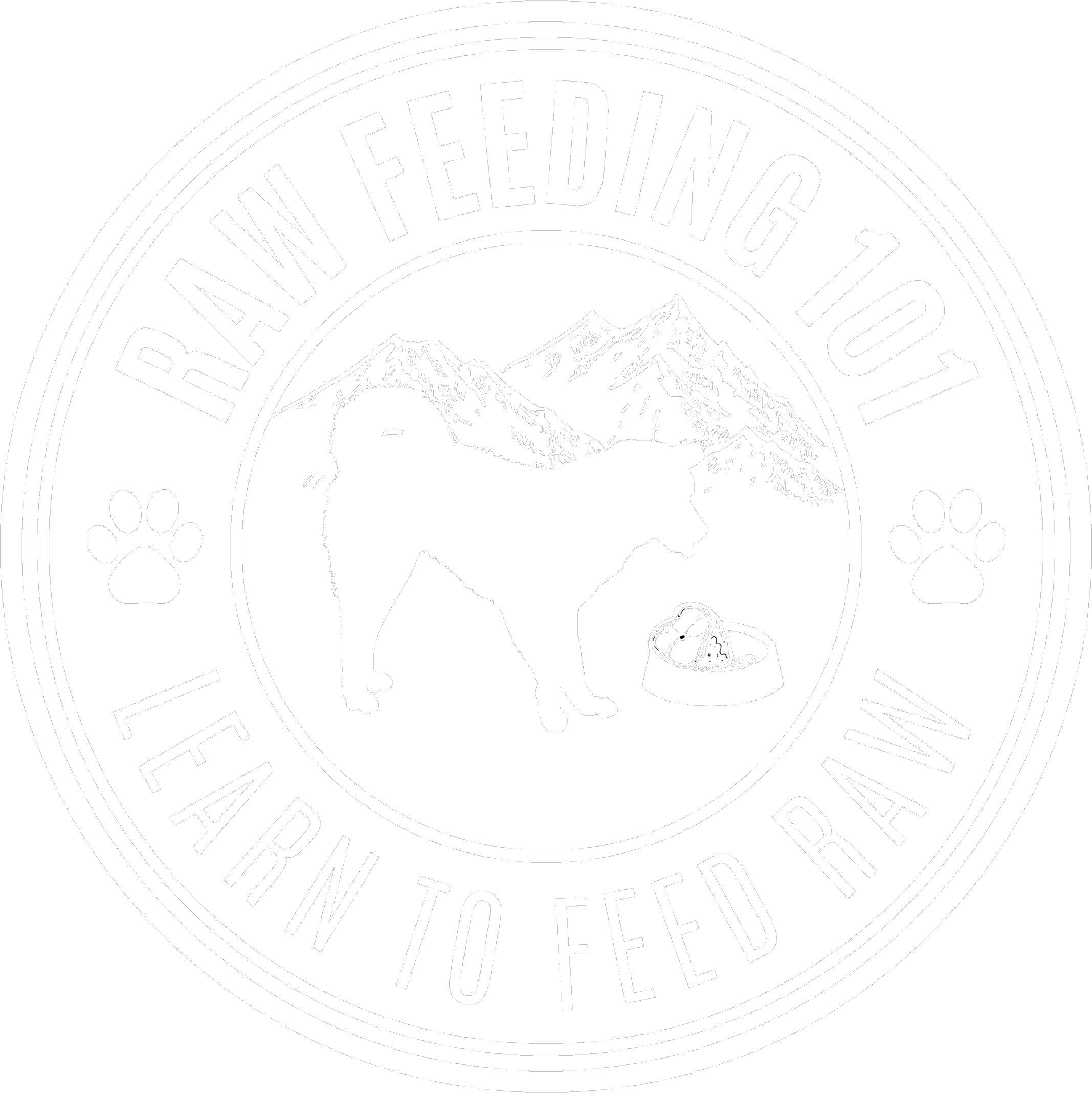 Raw Feeding 101 offers exclusive raw feeding video content to help you transition your dog onto a raw diet. Use promocode pr37 to get lifetime access for $37. 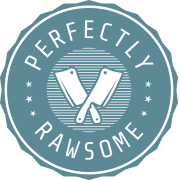